Experience & Counsel You Can Rely On
Schedule a free consultation 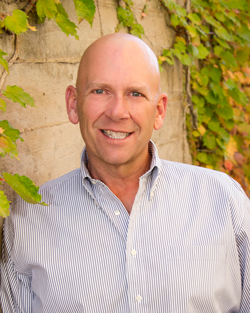 Scott P. Landry, Esq. is an accomplished trial lawyer with over 22 years of experience representing individuals and families in significant personal injury, commercial and insurance claims in state and federal courts in Colorado, New Mexico and Wyoming.

He is the founder of the personal injury firm of Landry Law, P.C. Mr. Landry and his firm represent individuals and businesses that suffer catastrophic losses and harm in the areas of personal injury, wrongful death, products liability, automobile accidents, construction defects and premises liability.

Throughout his career, Mr. Landry has obtained millions of dollars in recoveries on behalf of his clients.

Mr. Landry has successfully tried numerous cases to juries in his career and has successfully argued appeals at the state level that resulted in several published opinions. In recognition of his accomplishments, Mr. Landry has the distinction of being named a “Super Lawyer” every year since 2010. He is also rated AV Preeminent for his Legal Ability and Ethical Standards by Martindale-Hubbell. Mr. Landry has been given the esteemed rating of 8.3 (Excellent) by, AVVO, a website recognized for its ratings of lawyers and doctors.

Before entering law school Mr. Landry served in the United States Army from 1985 to 1989, where he served as a sergeant and squad leader for a mechanized infantry unit.

Mr. Landry is a member of the Kiwanis Club of Castle Rock, which focuses on addressing children´s needs in today´s society and within the community.

Scott is an avid golfer and snowboarder. He spends his free time in the summer with his wife, Ellie, playing golf at several of the local public courses. In the winter, he’s in the mountains with his kids, Jackie and Alex, chasing powder packed slopes for boarding.